Birreria, Eataly New York‘s rooftop beer garden, had a problem: though the covered space is usable year-round, it’s perceived as a summertime restaurant. This year, rather than try to convince diners that a beer garden is appropriate for winter, they decided to embrace the cold. Birreria became Baita, a celebration of the food of the Italian Alps.

At a press event, I was able to sample some of the food and drink that is available during the pop-up, which will run through mid-March. Rather than just redecorate Birreria, the team is taking this opportunity to showcase a different side of Italian dining. Nicola Farinetti, the CEO of Eataly United States, hails from Piedmont in northern Italy and wanted to feature the food of his home. At Baita, that means things like cabbage, mushrooms, and raclette, a melty cow’s milk cheese usually associated with Switzerland.

While I only tasted small samples of a few dishes, Baita seems promising. Like many of Eataly’s endeavors, there’s a clear commitment to the food that keeps the concept from feeling kitschy. You’ll find Christmas trees and fake snow, yes, but they come second to the menu. Click through the slideshow to see a few of the things I ate and drank, and thanks as always to Eataly for having me out. 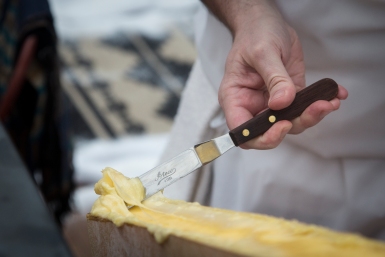 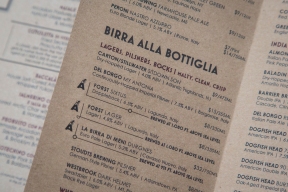 In keeping with the mountain theme, certain beers are labeled with their brewing altitude