Life happened, and I realized it’s been over a year since I last updated the blog. That’s especially egregious because I still have a few photos from Asia to share. After leaving Cambodia Sam and I embarked on what was probably the highlight of the trip: a motorbike adventure through northern Vietnam. This was one of our boldest moves – neither of us were comfortable on the bikes and we rode to places much less developed than where we spent most of the trip – but we were rewarded with truly breathtaking scenery. Photos can’t do it justice, but I’ll try anyways.

Thanks so much to Tom at Vietnam Coracle for the route – this never would have happened without him. 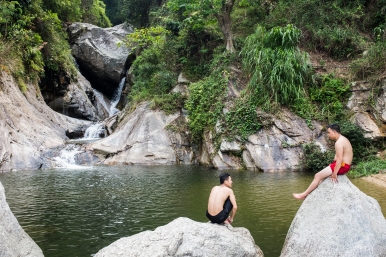 As a bonus, here are a few photos from our last days in Hanoi, where we ate more bun cha and took in some traditional Vietnamese music (by which I mean Japanese punk).

You know the chao ga (chicken porridge) will be good when the ground looks like this. 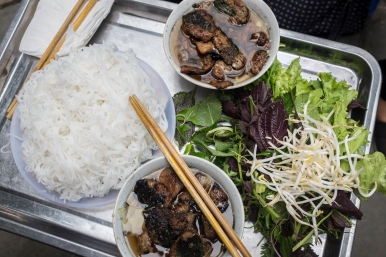 The bun cha at Bun Cha 34 – maybe one of the single best dishes on the planet.

1 thought on “Back to Vietnam”