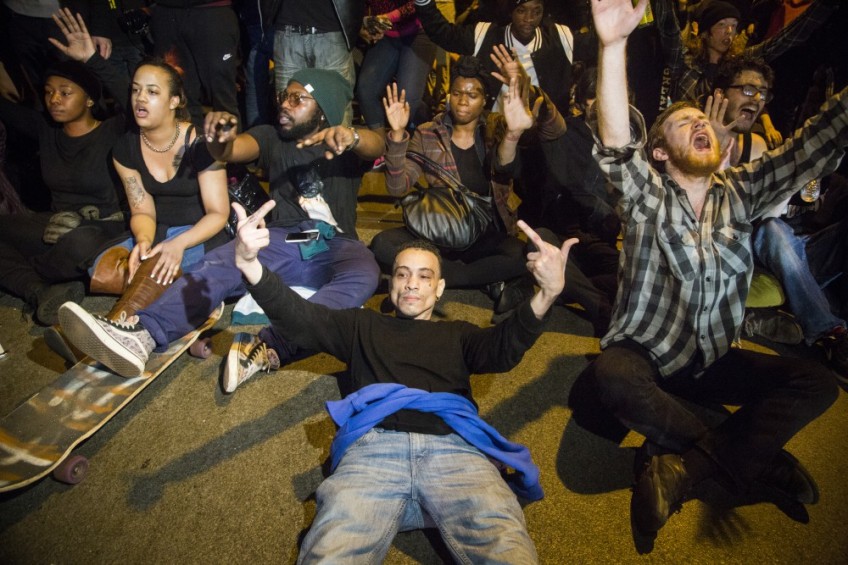 Protestors sit on New York’s Triborough Bridge early in the morning on November 25, 2014. A large crowd had gathered the previous evening at Union Square to await the grand jury verdict on Ferguson, Missouri police officer Darren Wilson. When news came that Wilson would not be indicted for killing Michael Brown, the crowd marched up Manhattan to Harlem, then ran onto the Triborough Bridge, blocking traffic in both directions.